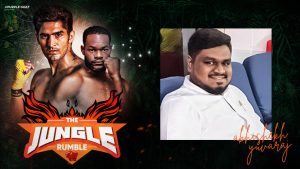 “Let’s win the entire world with our vivacity”
With this spirit in their hearts, The Indenigma riders club’s

responsible riders started their marvellous “SALUTE TO FORCES RIDE” on 13th august at 4 am. This ride to the Attari Wagah border flagged off from India Gate in Delhi and via Delhi Gate, Cannaught Place, Red Fort, and Kashmiri gate, proceeded towards Amritsar. All the riders were full of enthusiasm, filled with love for their country and excitement to meet the real and true heroes of the Nation. Overjoyed Convoy chanted slogans of Bharat Mata ki Jai, Vande Mataram & Hindustan Zindabad with full josh before heading towards their destination. When this convoy entered Punjab, after passing through historical places like Panipat and Kurukshetra in Haryana, it was worth seeing a different kind of excitement on all riders’ faces. Although the tough weather conditions of summers on the way, along with their very heavy riding gears, also did not deter their spirits and couldn’t stop them from paying homage to the real heroes of our

country, “Our Galwan ke Balwaan Heroes”. On reaching the Attari border the next day, vibrant by the feeling of India’s border being

so close, the riders of India reached the border and raised patriotic slogans in the love of the country and in the pride of India.

A memento from the Indenigma Riders Club and all the riders was also presented to BSF to pay their respects to the defenders of the country upon reaching BSF Headquarters (Attari Border).

After the completion of this exhilarating ride to Attari Wagah Border, all the riders also thoroughly enjoyed the food trail of

Amritsar city. Everyone had a lot of fun savouring good and variety of food at almost all the famous eating places of Amritsar. A visit to the Golden Temple in Amritsar in the evening gave a sacred experience to the riders.

According to the Founder of Indenigma Riders Club, Mr Vikram Sharma, such Motorbike rides gives a new dimension to the feeling of patriotism among the people and because this premium riders club is also running the “Responsible Riders Campaign”, in which the club has taken a challenge that they will reach 1 lakh riders of country and will motivate them to take the Pledge of Responsible Riding, then such rides are very important in that direction. Mr Vikram Sharma also added that the Indenigma Riders Club would also keep on introducing the ways to facilitate such responsible riders for propagating this noble idea of “Responsible Riding”, and in the same pursuit, many

riders of this ride will be facilitated with “Veer Rider” title by the club in upcoming events of the club. Also, many other titles for riders will be launched by the club to show responsible riding spirit in future. He also thanked those riders who had shown amazing riding spirit and positive attitude and played a team player role on “Salute to Forces Ride”.

Another senior rider Mr Aditya Rishi says, “rides like ‘Salute to Forces Ride’ work well to torch the flame of patriotism among the

youth of the country, and since he himself is a responsible rider, Mr Rishi inspires the rest of the readers to ride responsibly.

Oman Siddiqui, a very young rider of the club, also fondly called “The Dashing Rider”, was also very excited after completion of this ride and propagated the message of an active, responsible rider of the club. Mr Amit Goyal’s patriotic spirit was worth seeing,

and he also congratulated the rest of the riders on the successful completion of the Attari-Wagah Border Ride. Along with this, Mr Amit Goyal presented many ideas about to promote different types of cuisines of the country through such rides. Another young rider Trilok Singh Rawat appreciated the effort of the club and expressed happiness to be a part of the ride – he is also fondly called “The Cool Rider” by other riders of the group.

Satyam Agarwal gave a lot of suggestions to the club core team for arranging more such successful rides, which are very important for people working in corporates with high-pressure jobs, and also offered his contribution to future club activities. Mr Deepak Karnawat also shared valuable feedback for future rides. Mr Amit Malik congratulated everyone on the completion of this great ride and also appreciated the supportive attitude of the club and its members. Sunny, another rider from the group, was contended with his 1st long ride. Riders Shubhojit, Abhik, and Sahil were also part of the “Salute to Forces Ride” arranged by Indenigma Riders Club.