Color of Wings – A pet photography studio based in Bangalore 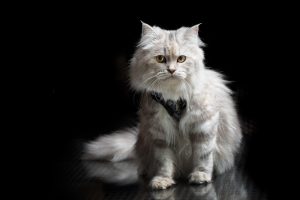 Color of Wings is a photography studio in Bangalore that specializes in pet and architectural photography.

Color of Wings believes in acknowledging the sheer poetry of the visual world. The studio is backed by an award-wining architect, Mamta Suresh, with an eye for detail. Mamta’s extensive background experience in the creative field of architecture helped her bring in a unique voice, perspective and heart into her eclectic photos.

Mamta Suresh has been taking pictures ever since she can remember. Her first camera was her father’s Yashica SLR. Till recently, she took most of her photographs on her many holidays.

After facing a major illness, she decided to take the road less travelled. In the latter half of 2020, she quit her corporate job and became an artistic solopreneur.

Her passion for design, photography and pets led her to open an architectural design  and photography studio in Bangalore. She grew up with a Pomeranian dog and now shares her home with a beagle named Scamp. She is powered by yummy dosas and good movies. Travel gets her batteries recharged and her favourite poem is “ The road not taken” by Robert Frost.

Taking a great photo in any genre of photography isn’t easy. Dog and cat photography makes it even more difficult when your subject is not controllable and boisterous.

Color of Wings which was launched in April 2021 is a Bangalore based photography studio dedicated to pet portraits.  Mamta Suresh likes to think Color of Wings as a vehicle that pet parents board to create  memories of their babies. Photographs are gift of love with  legacy. Someday in future , when a pet parent is flipping through an album or scrolling through the images of their fur babies, i want them to recollect the moment of the photo shoot with pleasant nostalgic feelings.

With the current overload of images that mostly likely will get lost in the vastness of storage devices, an exclusively made customised set of images will provide the joy in the present and pleasant memories in the future.  She wants Color of Wings to be part of the journey.

Her number one priority during the shoots is the comfort of the dos and cats. Hence she doesn’t specify a time limit for the shoot but provides a range. She is partial to photographs taken in natural light either early in morning or late in the afternoon. The general idea in pet photography industry is to take photographs when the pet is tired and not very active. She personally feels  she gets to capture the real personality during the pets most active time- ie early morning, late afternoon /evening. She also prefers to take photographs in locations that is frequented by the pet or is familiar to them. This again will help fur babies be themselves and express beautifully in front of the camera.

More than a decade experience of shooting wildlife and birds has made her more aware about little nuances like body language and typical animal behaviours. She uses this experience while shooting fur babies.

Her background in the creative field has also influenced the way she post process the images. She leans towards composites. A composite is basically a collage of multiple images. The typical result is a dreamlike image full of life and interest. As much as shooting the pets, she enjoys sitting down and editing the images into a world full of color, optimism and fantasy locations. A hidden benefit of composites is that the pets can be photographed in not so great locations like an open terrace and can be transported to a beautiful location while post processing.

You can reach out to Color of Wings to know more about the photography packages that are offered.

Fashion Square mall goes on sale on Monday. Here is how the auction can be