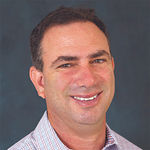 On September 2, the DOT launched a website that houses its new Airline Customer Service Dashboard, which compares the services that airlines have committed in writing to provide when they are at fault for flight cancellations or significant delays .

It is a useful tool. But it would be even more helpful if DOT’s statistical definitions didn’t provide a huge loophole that airlines can use to avoid responsibility for a significant portion of their delayed operations.

First, though, the good news. Even before the dashboard was launched, the simple knowledge that it was coming prompted airlines to make new commitments within their customer service plans regarding rebooking, as well as providing hotel accommodation, food vouchers and transportation at the hotel in case of cancellations and delays.

For example, prior to DOT’s mid-August announcement of the upcoming dashboard, only Southwest among the 10 largest US airlines was committing in writing to rebooking passengers at no cost within its network. Now, each of the 10 carriers except Allegiant is making that commitment.

Although airlines already provided that service in many cases, putting commitments in writing makes them legally enforceable. And because the dashboard offers simple comparison charts for consumers to reference, as well as links to airline customer service plans, it should arm tool-savvy consumers with the knowledge to hold carriers to those commitments.

This is reasonable. Airlines should not be liable for delays caused by weather or an air traffic control disruption, for example.

But the DOT also counts delays caused by late-arriving planes as “uncontrollable” and therefore not the airline’s responsibility.

Sometimes this is reasonable; for example, when the plane that will take me from Detroit to Pittsburgh is delayed in Detroit because of a snowstorm in its departure city. But in many cases, that plane that arrives late in Detroit does so for a reason, such as a lack of crew, that is the fault of the air carrier. In those situations, shouldn’t airlines be prone to the next flight being delayed?

According to DOT data from June, 23.4% of scheduled domestic flights by the 10 largest US airlines operated but arrived at least 15 minutes late or were diverted. Of these, 38.2% were controllable delays, while 35.1% were due to late arriving aircraft. Of the remaining delays, 21.6% were related to the National Aviation System, such as air traffic control problems or heavy air traffic, while weather, security concerns and diversions accounted for 5%.

It is not possible to know from the data how much of those delays that airlines reported as attributable to late-arriving aircraft were actually a cascading effect from a carrier’s own operational problem earlier in the day. But when you consider that more than half of the delays in June that were not attributable to late-arriving aircraft fell into the controllable category, it’s reasonable to guess that the number is substantial.

The DOT is trying these days to present itself as an engaged watchdog of airline consumer practices. The new panel is a good step. But to maximize the dashboard’s usefulness, the department should adjust its definition of “controllable delay” to include all delays that were truly controllable.

Find your look with these ideas

CDC to conduct health study at polluted former Army base