The 6th China (Shenzhen) Innovation and Entrepreneurship International Competition for Digital and Fashion Industrial Finals ushered in a new phase of development. 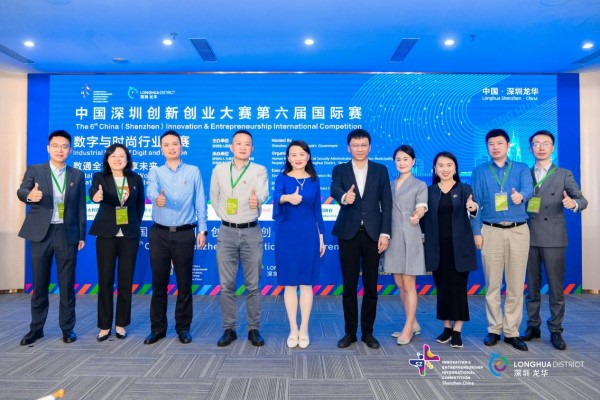 The competition has a warm atmosphere and the players and judges actively communicate. After evaluating the projects on creativity, technical merits, market prospects and online roadshow performance, the judges made an extensive evaluation of all the teams and finally decided on a first prize winner, two second prize winners and three third prize winners. Winners.

According to Mr. Zhou, Longhua is a large industrial area and is striving to move the main functions of urban areas to the digital platform. In recent years, the district has given great importance to the development of the fashion industry. Dalang Fashion City prides itself as a major industry carrier, attracting a total of more than 700 fashion enterprises and supporting organizations. 6 well-known brands in China, 17 well-known brands and 9 well-known brands in Guangdong province, bringing together a number of domestic high-level well-known companies and headquarters, enjoy women’s clothing such as Marifrolg, Ellassay and Caldanton. These convenient resources all help make Dalang Fashion City and Shenzhen in general the benchmark for women’s fashion in China.

The modern fashion industry is one of the 20 industrial clusters that Shenzhen wants to prosper and expand, and Longhua District is one of the four pillars that highlight it. Longhua District is expected to be developed between 2021 and 2025 in emerging sectors and a promising fashion industry city. Longhua, in its digital fashion IP, aims to develop Dailang Fashion City as a major platform for industry development at a high level. Finally, with its own characteristics, pooled resources and strong digital power, it is well positioned to navigate the path to high-quality development. In the future, Longhua District will stand at the forefront of the fashion industry, and create a good environment for the development of the fashion industry. We welcome international entrepreneurs in the digital and fashion sectors to join Longwa’s talent pools to contribute to the growth of local industries and create a brighter future together.

China races to vaccinate elderly, but many are reluctant

What has KOBO360 been up to in the past 2 years? • TechCrunch

Is it time for a bootstrapper to jump on the venture treadmill? – TechCrunch