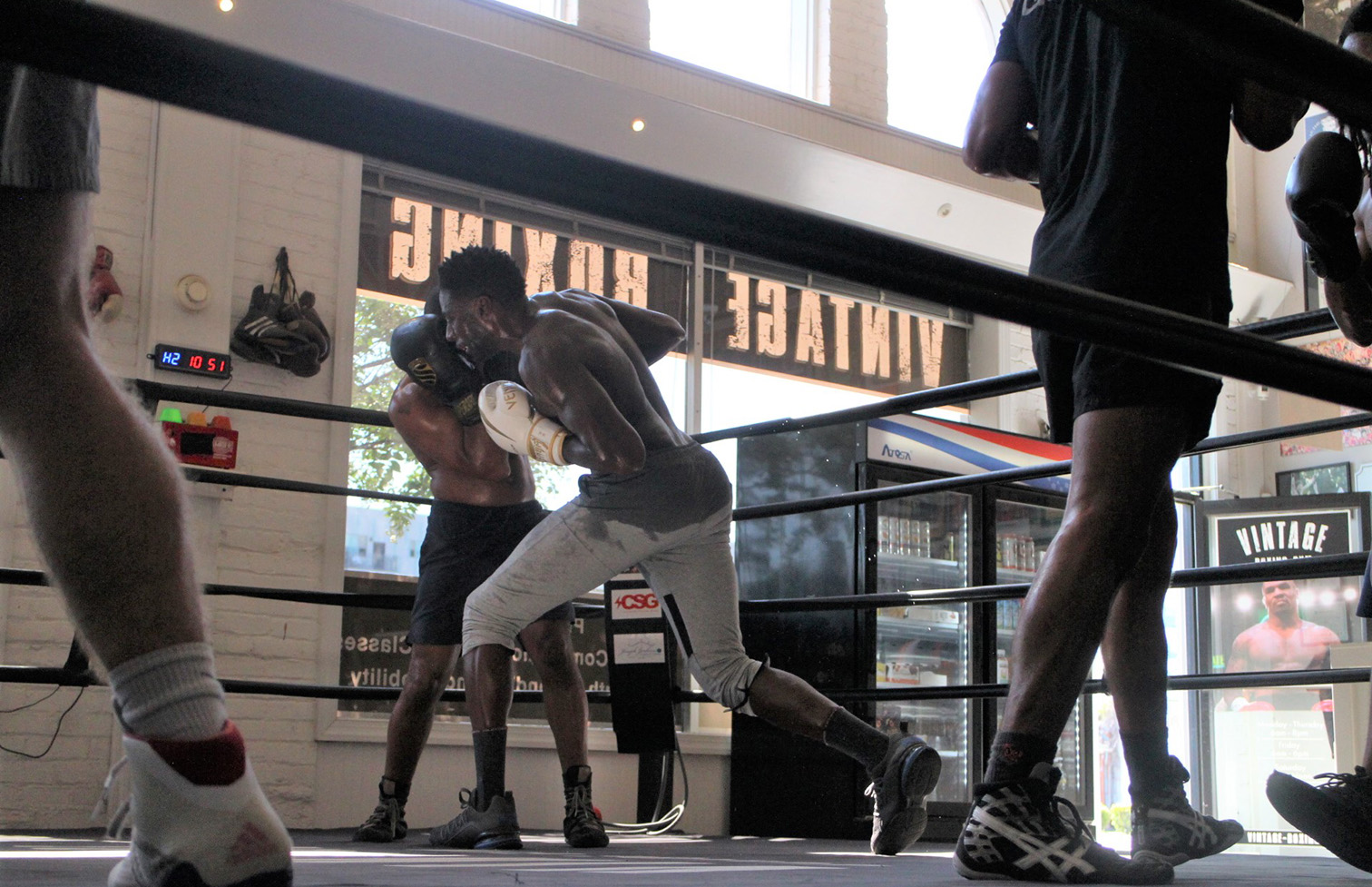 Members of Vintage Boxing often use boxing for personal growth or as a release. (Photographs by Philip De Mott)

Vintage Boxing is pulling no punches in its efforts to improve the city’s boxing scene.

The Scott’s Addition-based gym is gearing up for the final round of The River City Invitational, the new sparring tournament. Kicking off in June, the three-round event aims to establish Richmond as a serious boxing center and prove that a boxing operation can be run well.

Competitions serve as the backbone for boxers striving to become professionals as they allow them the victories needed to rank. However, founder Eric Ash said it is often the case that boxers miss weekends traveling to overseas competitions that don’t happen, limiting their career progression.

“You show up for a fight and your opponent wouldn’t show up,” he recounted. “I wanted to take it into our own hands, where we do all the games and, that way, we have some kind of control.” 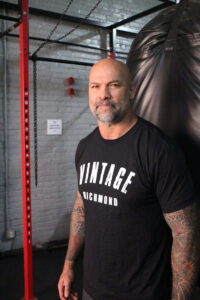 Eric Ash is the founder of Vintage Boxing.

The tournament also comes with the added benefit of furthering Vintage’s image, attracting both professional and amateur fighters. It parallels an expansion time for the gym.

Once a professional boxer himself, he took a break from the sport after getting married and instead became an entrepreneur in the used car industry. But a subsequent divorce and a chance meeting with his college coach made him consider returning to his roots.

“During that time, he was like, ‘Man, you gotta go back,'” Ash recalls of a conversation with his old coach. “You have to help the community.”

His subsequent Facebook post resulted in a response of 30 people, with participation growing from there. As it happened, Ash was prompted to keep moving training locations, moving from a gym in Mechanicsville to a garage near his workplace.

A few years later, the business had attracted 100 members and Ash moved to 1202 N. Arthur Ash Blvd. The gym became official in business around 2018, operating on a profitable basis.

Since taking over the front of the building, Vintage has taken over the back two rooms of the location and used the space to increase the amenities offered to members.

The first tournament of the Invitational took place at Richmond Raceway on June 11, drawing an audience of about 500 from around the state. A second round followed in July, with 700 people participating. The final round will take place on August 20.

Regular pre-sale tickets are $20, $10 for children and $35 for the VIP A Ringside Table ticket, which gives six attendees the closest seats, costs $600.

Proceeds from the tour go to Matthew-Smiles, a suicide prevention organization founded by a family who lost their teenage child that way. As members of Vintage Boxing, the family shared their story with Ash and inspired the idea for a fundraiser. 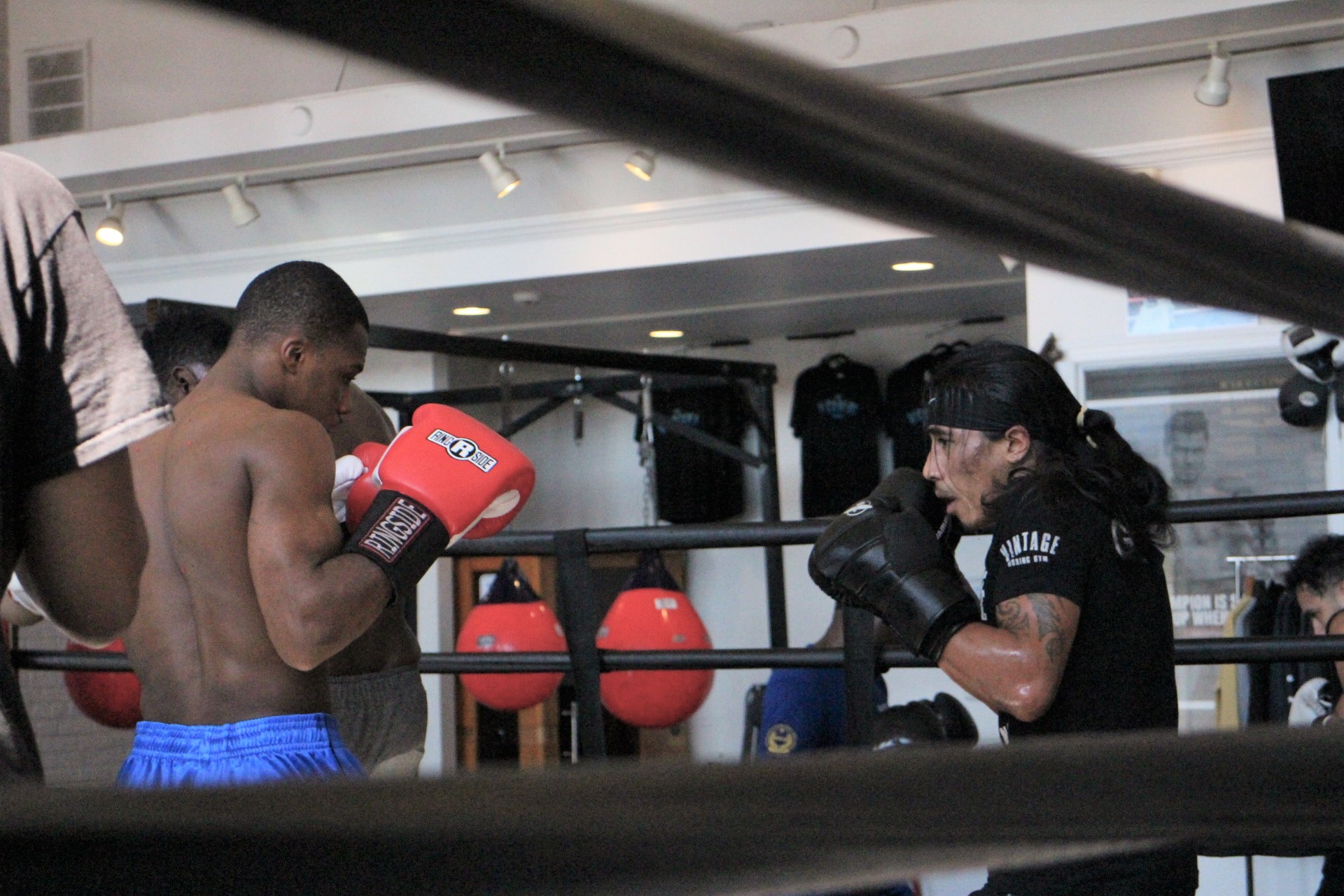 Ash said Josiyah Giles, in blue shorts, has the potential to be a world champion.

“It really pulled on some strings because I have a 13-year-old daughter,” he said.

According to him, the community is what drives Vintage’s success, framing the gym’s core purpose as helping people. Although members come to learn boxing, the one-on-one training sessions provide a space in which they can vent their frustrations.

“You almost become a counselor to help people through their day,” Ash said. “They need this place. And that’s the best feeling.”

Expanding on this theme, Vintage Boxing may soon be renamed Vintage Richmond. The name change would serve to broaden the gym’s focus beyond boxing as it works to transform into a wellness center for its members.

In addition to the boxing ring, the gym also offers The Recovery Room, a reference to the rehabilitation services offered, such as a cryotherapy room and infrared sauna. 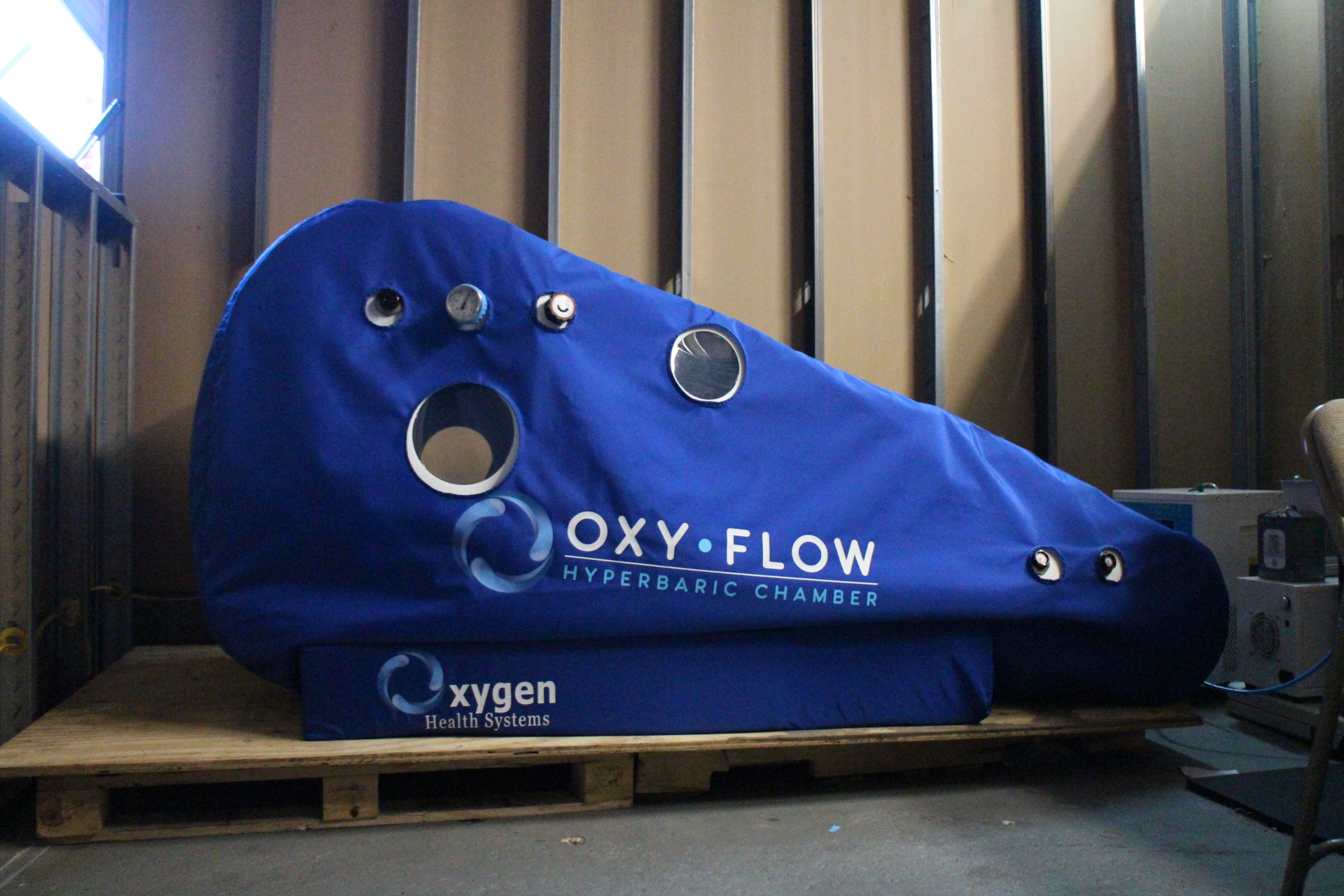 The newest addition to The Recovery Room is a hyperbaric chamber. The device creates an environment of 100 percent oxygen, providing health benefits to those who use it.

The gym recently acquired a medical-grade hyperbaric oxygen chamber, Ash said, a technology that subjects a person to a pure oxygen environment for health benefits and recovery.

To make room for such services, Vintage is in the preliminary stages of leasing another location nearby in the Scott’s Addition area. Once acquired, the space will focus on business rehabilitation offerings. 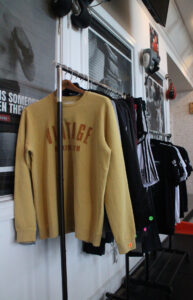 Vintage sells about 300 T-shirts a month. The models were printed by Action T-Shirts, while a tattoo artist designed the gym’s main logo.

Boxing gyms often work with government grants to teach the activity to at-risk youth populations. As a for-profit, Vintage doesn’t receive grants, Ash said, but membership fees allow it to work with those who are truly committed to the sport or want to give it a shot later in life.

“I know how hard it is for people walking up to the door,” Ash said. “I like to applaud everyone who comes here.”

Since participating fighters are required to wear safety gear such as arm wraps or hats, Vintage offers its own custom gear ready for sale. It’s an opportunity Ash sees many boxing gyms ignore.

Vintage currently has eight trainers on staff, part of a crew of 15 employees, including front desk staff, social media and marketing staff, and a general manager.

Ash said the gym has about 400 members. According to its website, adult and youth memberships cost $165 a month, with a $35 sign-up fee. Another program is “Intro to Boxing”, priced at $140 for one month.

As its name implies, Vintage Boxing focuses on an old form of the sport. According to Ash, the newer practices that have emerged lean more towards the beautiful presentation of boxing, rather than letting the fighter discover his style over time.

Only a few old-school boxing gyms exist in Richmond, Ash said, citing nonprofits like the Powell Police Athletic League. On the other side is Title Boxing Club, a franchise that offers a cardio, non-contact version of the sport. 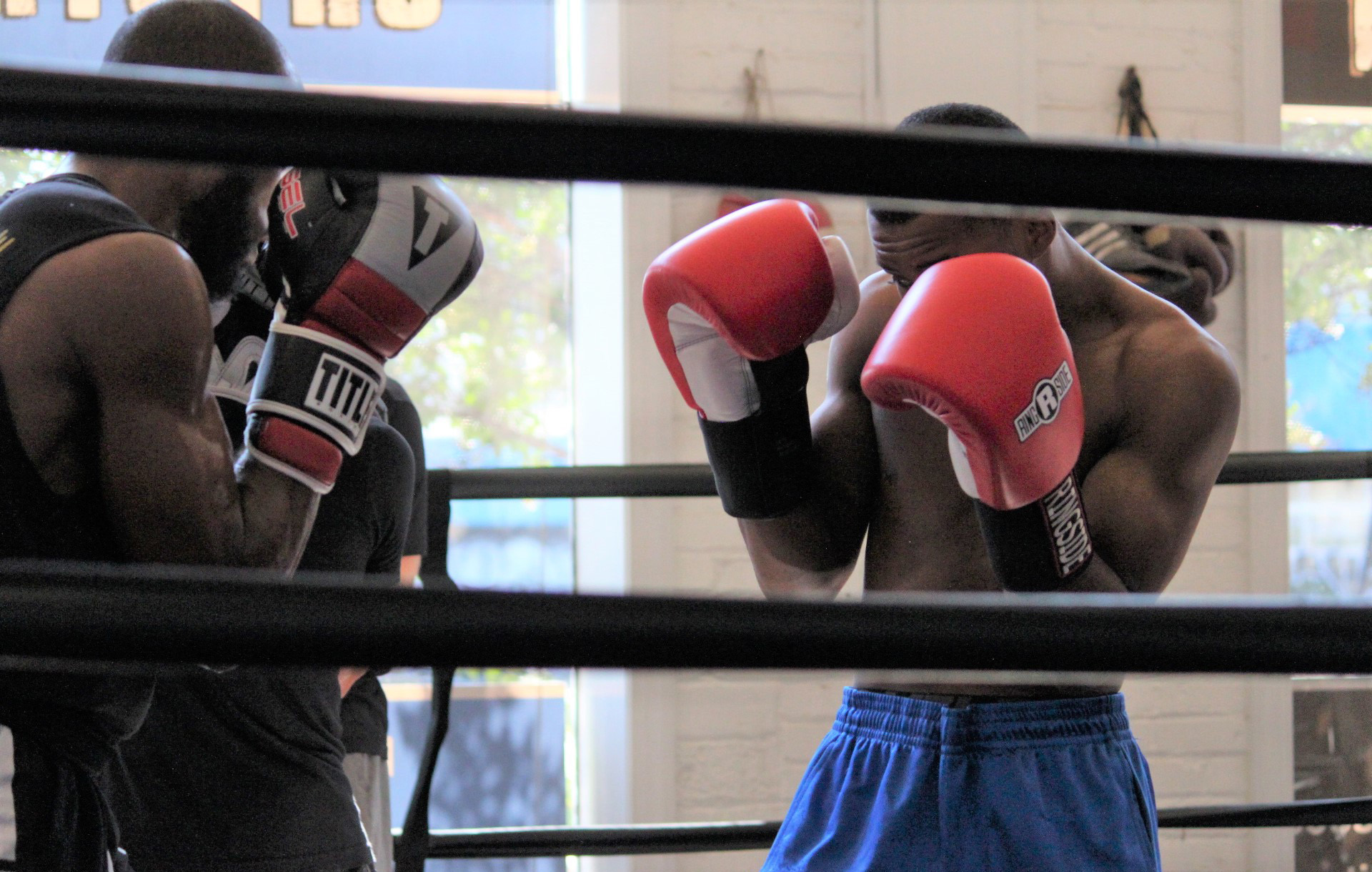 Josiyah Giles, right, has been training at Vintage Boxing since she was 15 years old. At the age of 20, he is ready to turn pro.

Vintage actively works with professional boxers. One member Ash trained was Juisseppe Cusumano, a boxer who competed on a Showtime program with Jake Paul and other notable fighters.

To be mentioned today is Josiyah Giles, a 20-year-old fighting to turn pro. He has been training with Ash since he was 15 and is a regular at The River City Invitational. When not training, he works at Vintage as a trainer.

“He’s going to be a world champion,” Ash said in a tone of assurance.

As The River City Invitational wraps up this Saturday with its final round, the tournament has convinced Ash to continue hosting such events, albeit not every month. He anticipates the next one will be in early November, potentially followed by one in March.

What you need to know to travel with a US passport

What you need to know to travel with a US passport

Vermont employers are known for policies that support Worksite Wellness

As startups fuel the restaurant tech frenzy, is anyone close to Toast? • TechCrunch