So much to do in the Dominican Republic, by Travel Writers

People often picture the Caribbean island of the Dominican Republic as a place of golden sandy beaches and inviting all-inclusive resorts. Although there are many such facilities, I had other things in mind during my visit. I was intrigued by the long selection of activities that offered opportunities to explore a largely unspoiled countryside, interact with local people, visit villages little affected by tourism, and enjoy encounters with Mother Nature.

I was following the voyage of Christopher Columbus, who in 1492 spotted the island that today the Dominican Republic shares with the country of Haiti. A colony was established there 10 years later.

Among the reminders of the Spanish colonial days is a stone fort, the Fuerte de San Filipe (Saint Philip’s Fort), which still overlooks the northern coast. Its massive walls enclose a small historical museum that tells the story of the Dominican Republic’s struggle for independence, which it finally achieved in 1821.

Today many visitors head to the Puerto Plata holiday complex, which is well located for excursions to nearby towns and beaches. Playa Cabarete (Cabarete Beach) is popular among locals and tourists. Its semicircular stretch of golden sand is set against a backdrop of restaurants and bars.

Another beach that is a favorite among Dominicans is Sosua. In the past it was a quiet fishing village. In recent years it has grown into a lively little trading community. Small shops and restaurants line the beach and vendors walk along the sand selling snacks and trinkets to sunbathers. When I wanted a change from checking out the beaches and tourist attractions, the challenge became which of an enticing choice of alternatives to choose.

I decided to focus on new experiences and found the perfect solution. After asking around, I was directed to Iguana Mama, a nature tour operator that offers a wide range of enticing activities such as cascading waterfalls, zip lining, canyoning, river tubing and riding in water vehicles. all terrain. I chose two options that seemed to offer enough of a challenge, but not much. One was a bike ride over dirt roads that run through neighborhoods of modest homes. I waved at children playing in the street as I steered to avoid bike-eating potholes and chickens scratching in the dust.

Then, after loading the rental bike onto a ramshackle motorboat, I enjoyed a stroll down the Yasica River, passing cows grazing in the fields and fishermen casting their nets. I returned to the ground, had a cool drink of coconut water from the shell, and then pedaled back to my starting point.

Another day, another outing. This time, it was a hike in El Choco National Park, named for the chocolate (choco) color of the soil. It involved exploring some of the more than 100 limestone caves, many connected by underground rivers that added a whole new dimension to the usual forest walk.

An attractive bonus was an encounter in the forest with an old man who invited me into his small hut made of wood and palm tree leaves and offered me a snack of warm yucca. That welcoming gesture epitomized every experience with Dominicans I met. They were invariably friendly and polite.

The people I meet when I travel have a lot to do with how much I like a destination. Add in beautiful beaches, gorgeous scenery and small towns, plus a long list of popular and less popular activities, and the Dominican Republic has plenty to offer those looking for active days, hours on the sand or intimate encounters of the best kind.

For information about visiting the Dominican Republic: www.godominicanrepublic.com 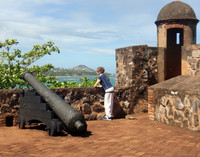 A visitor to Fuerte de San Felipe in the Dominican Republic surveys the landscape. Photo courtesy of Victor Block. 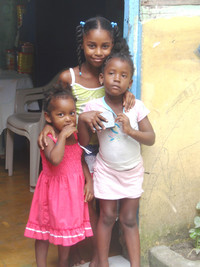 (INSERT CAPTION 2) People like these girls in a village in the Dominican Republic are endlessly hospitable to visitors. Photo courtesy of Victor Block. END SUBTITLES2) 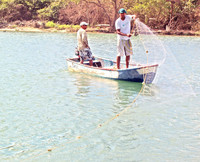 Fishermen on the Yasica River in the Dominican Republic cast their nets. Photo courtesy of Victor Block.

The best deals from Amazon’s end of summer fashion sale

The best deals from Amazon's end of summer fashion sale

FedEx will release drivers once the Christmas season begins

Learn about the Ivy Tech internship program and Local 166 – WANE

Private insurance companies spend $1.87B on social determinants of health