Housing displacement and emotional trauma from natural disasters in the past year are likely to worsen the mental health of children in the Commonwealth, experts say, and new data from the Annie E. Casey Foundation’s Child Count Data Book show that the state has already seen a 28% increase in child anxiety or depression between 2016 and 2020. 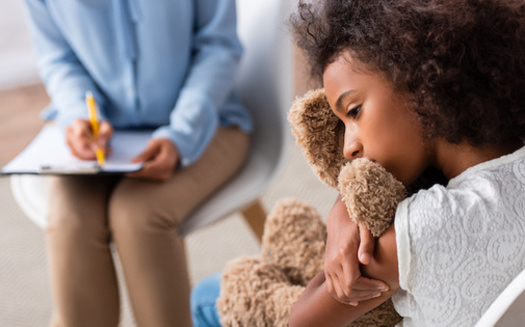 The circumstances into which a child is born, in addition to family and community characteristics, ultimately affect their chance to thrive, according to a study by the Annie E. Casey Foundation. (Photo by Adobe Stock, via PNS)

“The emerging data confirm what common sense has told us all along: Growing up is hard,” Brooks said. “You grow up in the middle of pandemics, in the middle of natural disasters, and that’s a multiplier.”

More than 200,000 children across the state still live in poverty. The report ranks Kentucky 37th among states for overall child well-being.

Louisville psychologist Joseph Bargione said more than half a million Kentucky children who attend public schools have a diagnosed mental health disorder. He said young people need support to build resilience skills, and time and space to express their feelings and validate them.

Gerry Roll, executive director of Foundation for Appalachian Kentuckysaid now is the time for smart investments in Eastern Kentucky that can lay the foundation for strong communities and building new homes on land that is less prone to flooding.

“But I think what we’re going to do now,” Roll said, “is think about, ‘How do we build in a way that creates more resilience?'”

The report said housing displacement and homelessness also limit the resources families have for other needs such as food, health care and transportation.

Fashion and NFTs: Is the Investment Worth It?

Fashion and NFTs: Is the Investment Worth It?

Everything went wrong as Optus announced its massive data breach.