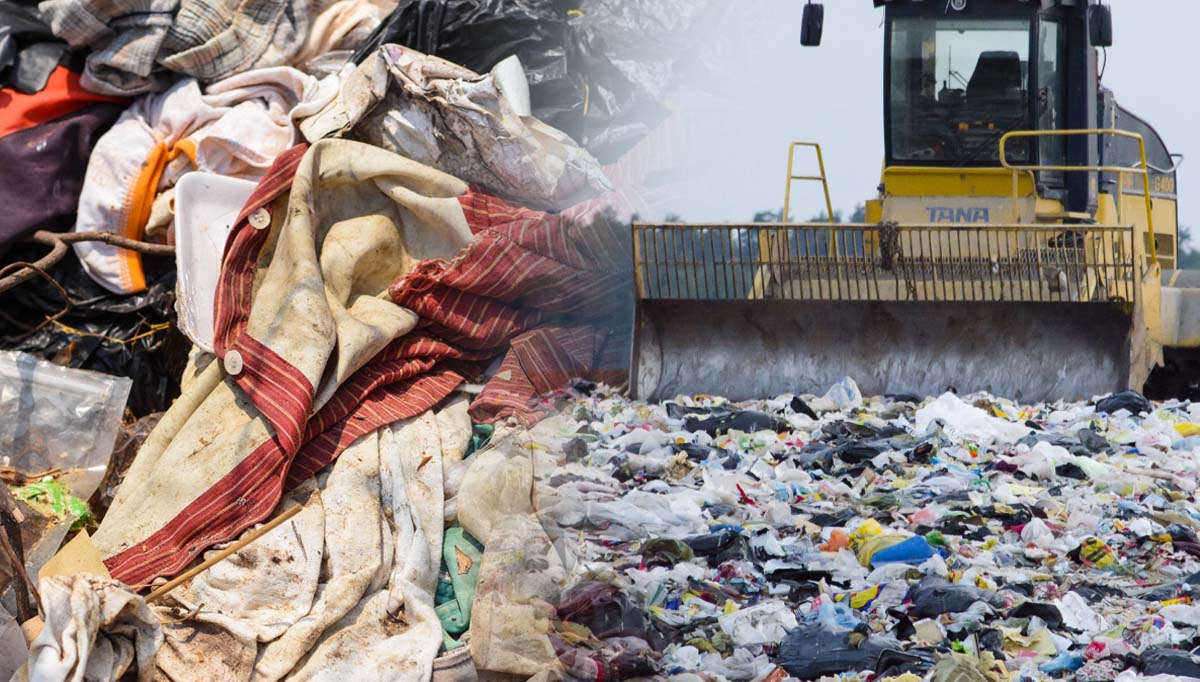 MANILA, Philippines—Three months ago, luxury fashion brand Balenciaga inspired a designer item called the “Garbage Bag” that looks like a normal garbage bag. Recently, the item went on sale for the brand’s fall collection—for around P100,000 each.

The trash bag debuted as part of Balenciaga’s Winter 2022 collection. The fashion brand said:[t]he Trash Pouch is inspired by a trash bag.

However, the fake garbage bag is a far cry from the usual plastic bags that most people have in their homes. In addition to the designer label, the luxury trash bag is made from calfskin leather, one of the most expensive leathers in the world.

The Draw Script calfskin bag—typically available in trash bag colors: black, blue, and white—recently hit stores at a price of US$1,790 (P99,309).

The expensive trash bag has recently become the subject of ridicule among people online, with many describing it as a “wonderful product.”

While some online users have compared it to conventional garbage bags sold in the market and used by many households, others believe it is a “sick social experiment” by the luxury brand.

“I couldn’t pass up the opportunity to make the world’s most expensive trash bag, because who doesn’t love a fashion scandal,” Balenciaga creative director Demna Gvalia said in an interview with Womenswear Daily in March.

But this wasn’t the first time Balenciaga released a product that showed their own take on a typically non-luxury item. 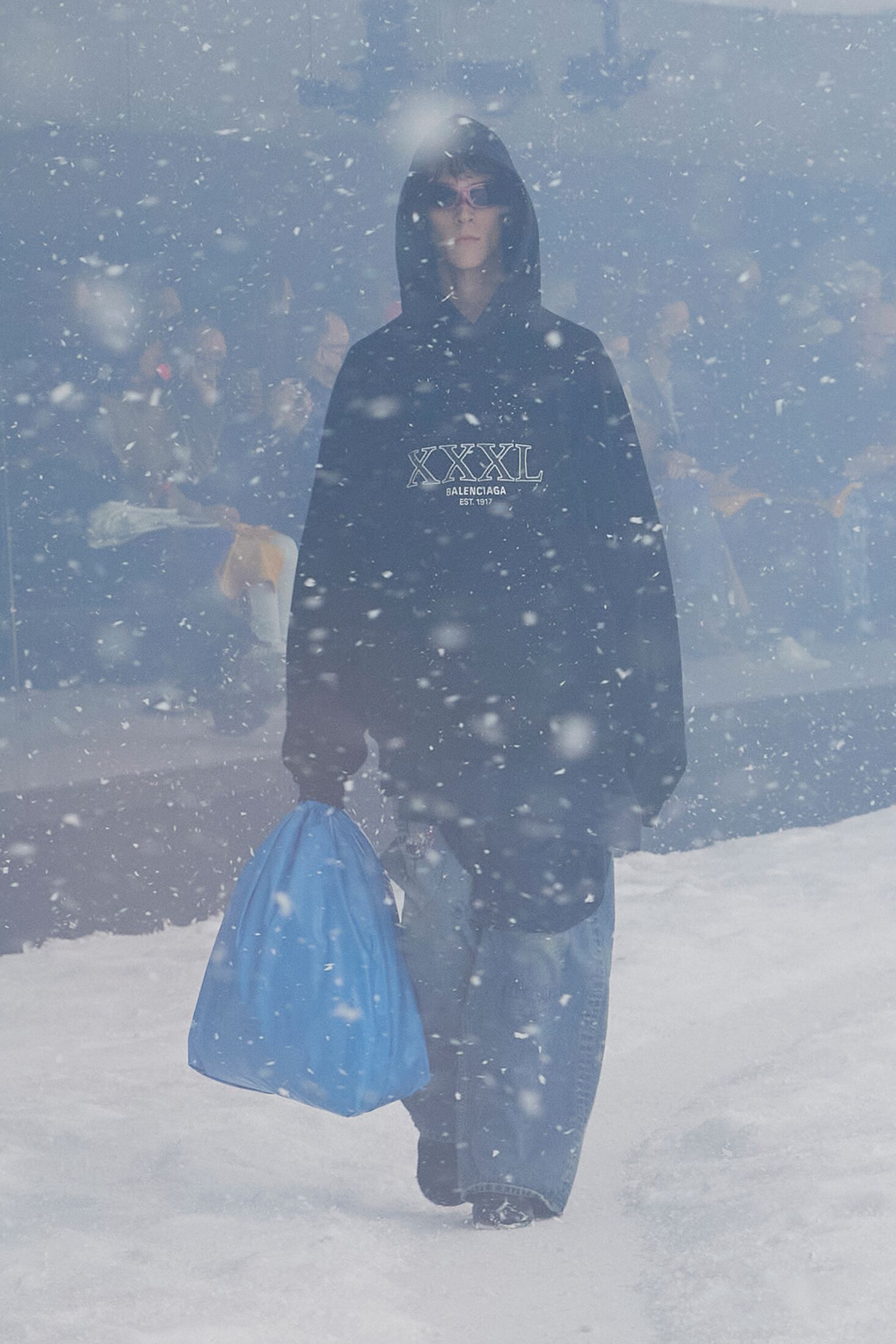 One model holds the controversial “garbage bag.” FROM BALENCIAGA.COM

In the year In 2018, the brand gained notoriety with its US$2,000 Cabas Shopper bags, a 99-cent replica of IKEA’s blue shopping bags.

Then, a year ago, Filipinos mocked the product after it produced bags similar to the nets, which Filipinos call “sako bags” or “divisoria bags.”

The New York Times fashion director and chief fashion critic Vanessa Friedman wrote, “His (Gavalia’s) schtick elevates the invisible everyday to the level of deluxe, poking fun at the sophistication of the fashion beast.”

Amidst the criticism and humor of Balenciaga’s new controversial fashion line, the Winter 22 show is said to reflect on the climate crisis and the ongoing war in Ukraine.

According to Friedman, much of the season’s collection is recycled, “reducing carbon emissions.”

However, the ever-increasing production of textiles for clothing in many parts of the world increases carbon emissions and microplastics in the oceans, exacerbating the climate crisis.

In recent years, the fashion and clothing industry has been called one of the most polluting in the world.

According to data from the United Nations Environment Program (UNEP), the Ellen MacArthur Foundation and the World Bank, the fashion industry contributes 10 percent to global carbon emissions.

Carbon dioxide (CO2) emissions are one of the greenhouse gases (GHGs) identified by the Kyoto Protocol, which warms the Earth’s atmosphere.

Carbon emissions from the fashion industry are said to be greater than all international flights and sea shipping combined.

“At this rate, UNEP and the Ellen MacArthur Foundation, “Fashion IndUBy 2030, greenhouse gas emissions will increase by more than 50 percent. 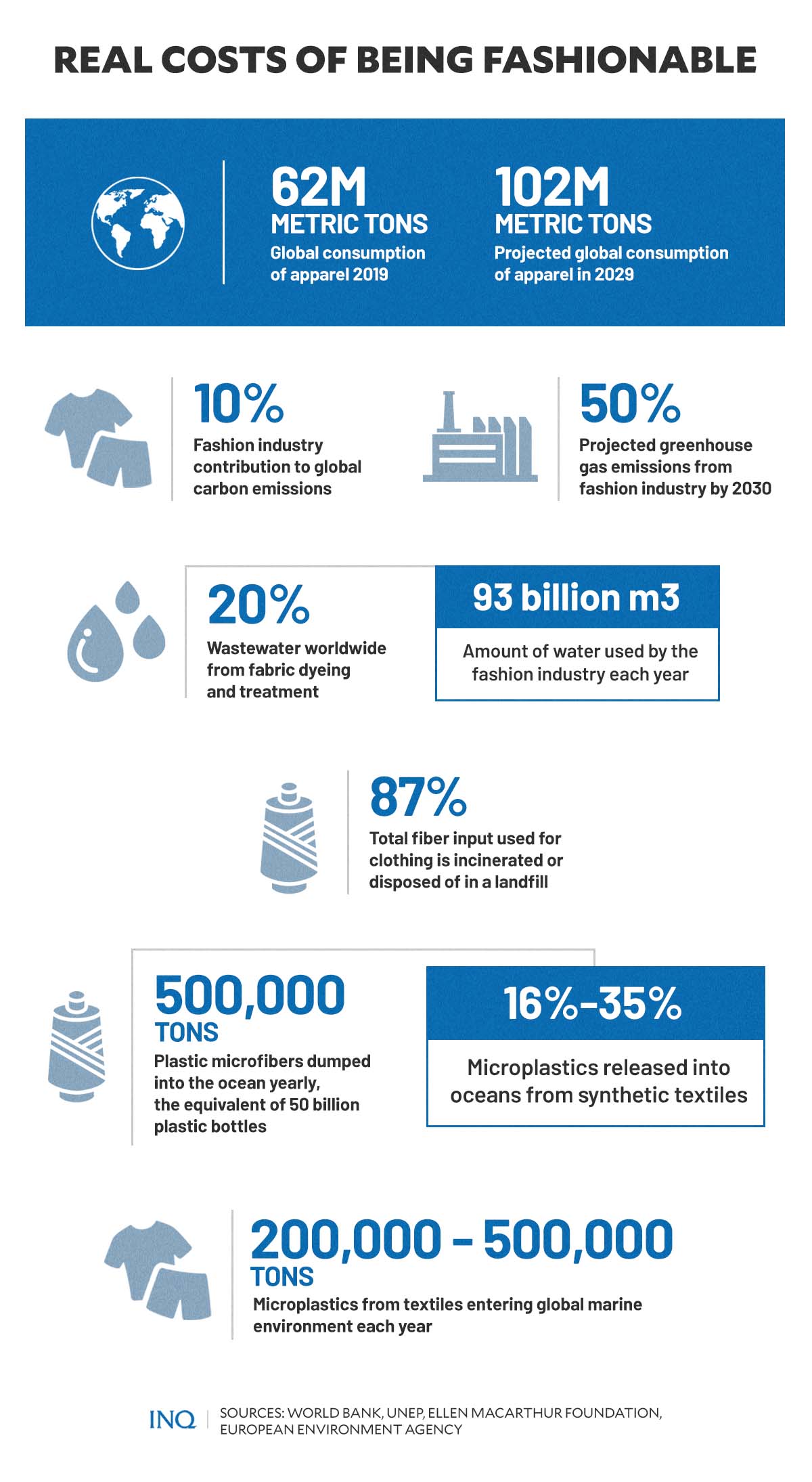 every year, According to UNEP, the fashion industry uses 93 billion cubic meters of water – this amount is enough to meet the consumption needs of five million people. By 2030, industrial water consumption is expected to grow by 50 percent.

The industry, which is the second largest source of water in the world, is one of the main causes of ocean pollution.

Washing clothes releases 500,000 tonnes of microfibers into the ocean every year – the equivalent of 50 billion plastic bottles.

“The danger? Microfiber cannot be removed from water and can be distributed in the food chain,” explained UNEP, the Ellen MacArthur Foundation and the World Bank.

Most of these fibers are polyester, which is the plastic found in about 60 percent of clothing. The World Economic Forum explained. “Polyester produces two to three times more carbon emissions than cotton, and polyester does not break down in the ocean.

Figures show that between 16 and 35 percent of microplastics released into the oceans come from manufactured textiles. Each year, 200,000 to 500,000 tons of microplastics from textiles enter the global marine environment.

Worldwide, 20 percent of all wastewater is used in textile dyeing and treatment.

Fueled by the ‘fast fashion’ trend, the fashion industry is responsible for a large amount of textile waste that is burned or dumped in landfills every year.

As defined by Merriam Webster, fast fashion is “an approach to apparel design, creation, and marketing that emphasizes making fashion available to consumers quickly and affordably.

What makes the clothes produced by fast fashion companies attractive to consumers, apart from their low prices and affordability, is the fact that many of the clothes are based on the styles presented on the runways of fashion week.

Experts also attribute the success of the fast fashion business model to the rise of social media and influencer culture.

The clothing industry produces more than 80 billion garments each year, driven by fast fashion and the growing demand for cheap but non-durable clothing.

“If population and lifestyle trends continue at current rates, global clothing consumption will rise from 62 million metric tons in 2019 to 102 million tons within 10 years,” UNEP and the Ellen MacArthur Foundation said.

The biggest issue with fast fashion is that due to rapid and mass production, most of the clothes bought by consumers are thrown away after being worn for a short period of time. 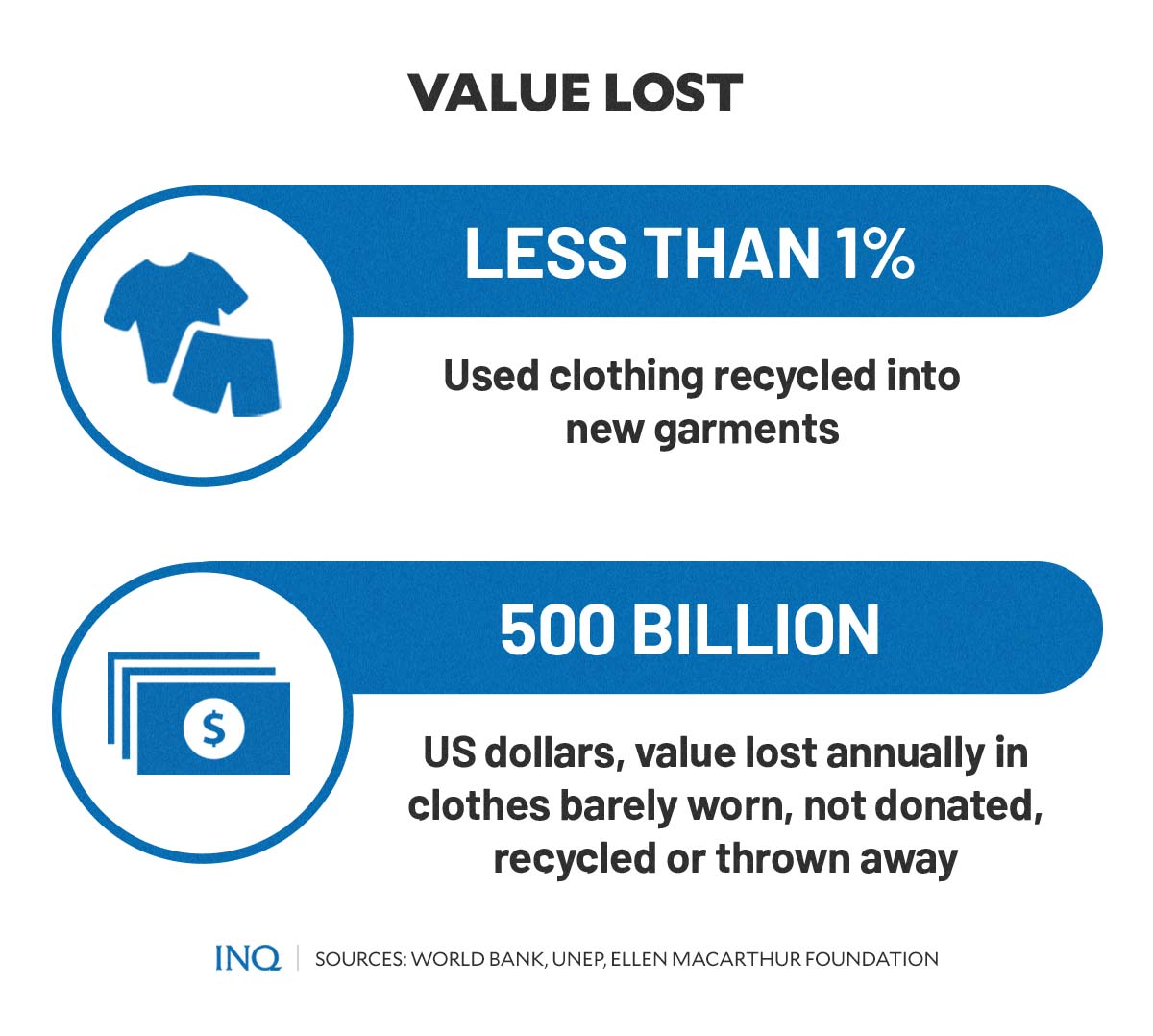 According to Ethical Consumers, the fashion industry produces 92 million tons of textile waste each year—87 percent of which is incinerated or landfilled.

Less than one percent of used clothing is recycled into new clothing. Approximately $500 billion worth of clothing is lost each year due to clothing that is worn, not donated, not recycled, or ends up in landfills.

“Some of this waste consists of items that don’t even make it to consumption—clothing lines are out of date and destroyed rather than sold,” reports Ethical Shopper.

A 2017 YouGov Omnibus study found that the negative effects of fast fashion—mountains of waste in landfills—have already reached the Philippines, with many Filipinos buying new clothes and discarding old ones.

Statistics show that 65 percent of Filipino adults threw away clothes at some point between 2016 and 2017, and a quarter — 24 percent — took away more than 10 clothes during the same period. 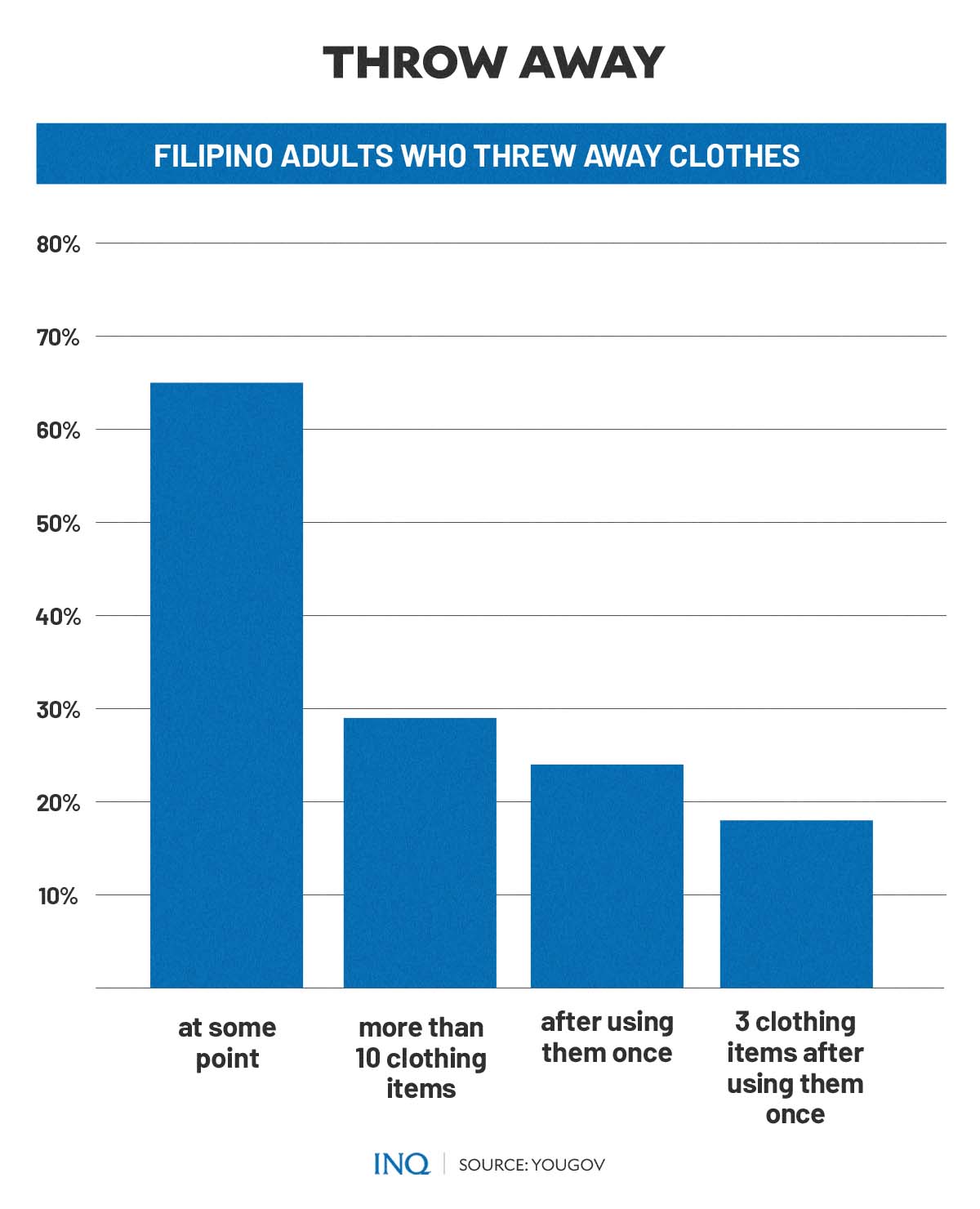 About 29 percent of consumers throw away a piece of clothing after wearing it once, and nearly 3 out of 10 consumers throw it away, the data shows. A fifth – 18 per cent – ​​said they had thrown away at least three items of clothing that they wore only once.

Where unwanted clothes go varies between two generations: baby boomers (those over 55) and millennials (those between 16 and 34).

YouGov researchers found that babies are more likely to donate their clothes to charity (63 percent) than millennials (47 percent). They were also more likely to pass on their old or unwanted clothes to friends or family than younger consumers (80 percent and 70 percent, respectively).

But millennials—who are tech and internet savvy—were more likely than baby boomers (4 percent) to sell or resell their used clothes online (16 percent). 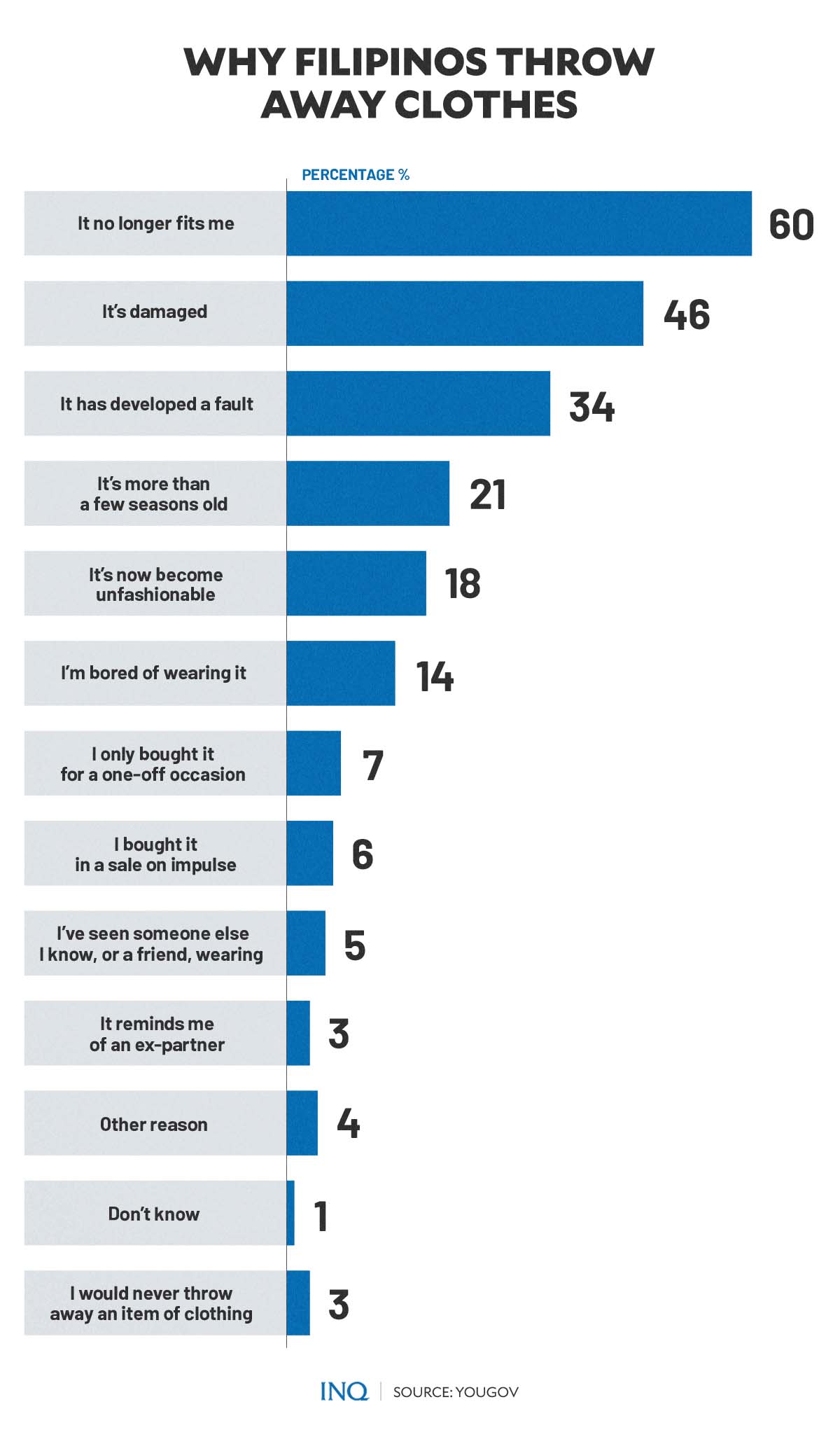 Unfortunately, data shows that one in eight – 12 percent – of Filipinos across all generations have thrown unwanted clothes in the trash.

The study’s survey participants cited a variety of reasons why clothes are thrown away.

The most popular reason for getting rid of clothes is because the clothes no longer fit (60 percent). Other reasons for discarding clothes:

“Fast fashion brands were keen to get rid of their unsustainable label. Yet despite various recycling initiatives, this survey shows just how much clothing is wasted in the Philippines each year,” said Jake Gammon, head of the US Omnibus and Field & Tab division at Yugogov.

“Looking to the future, there is a worrying trend among millennials; their tendency to shed clothes faster than previous generations suggests that there is a big battle ahead for those who want to solve this problem.”

What can consumers do?

There are ways to achieve sustainability in the fashion industry. However, everyone – designers, manufacturers, critics and consumers – must be involved to make it happen. 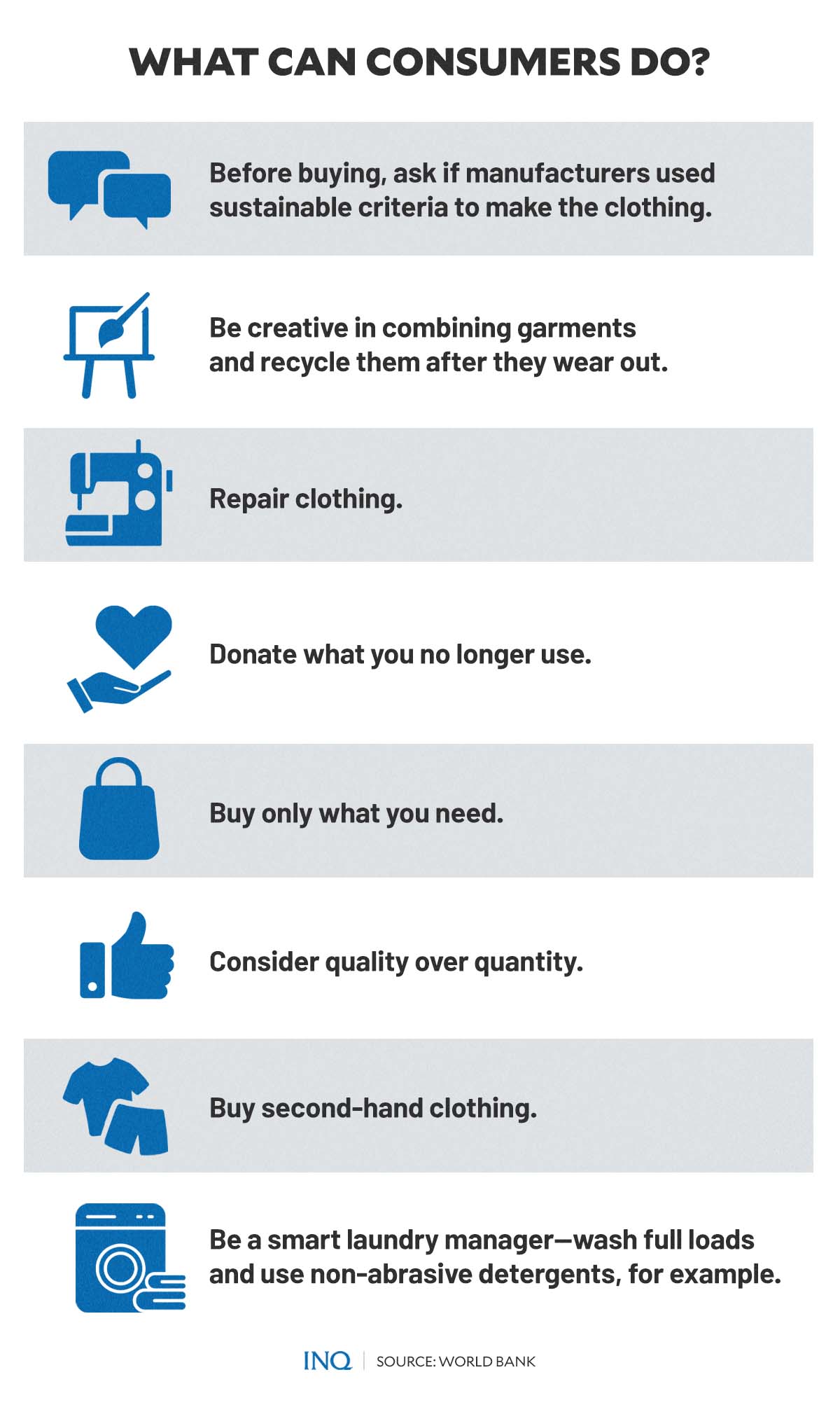 According to the World Bank, consumers can help by becoming more aware of what they are buying. Following these small steps can help:

Optimizing brain health across the life course: WHO position paper