Local notary business puts its stamp on a new headquarters 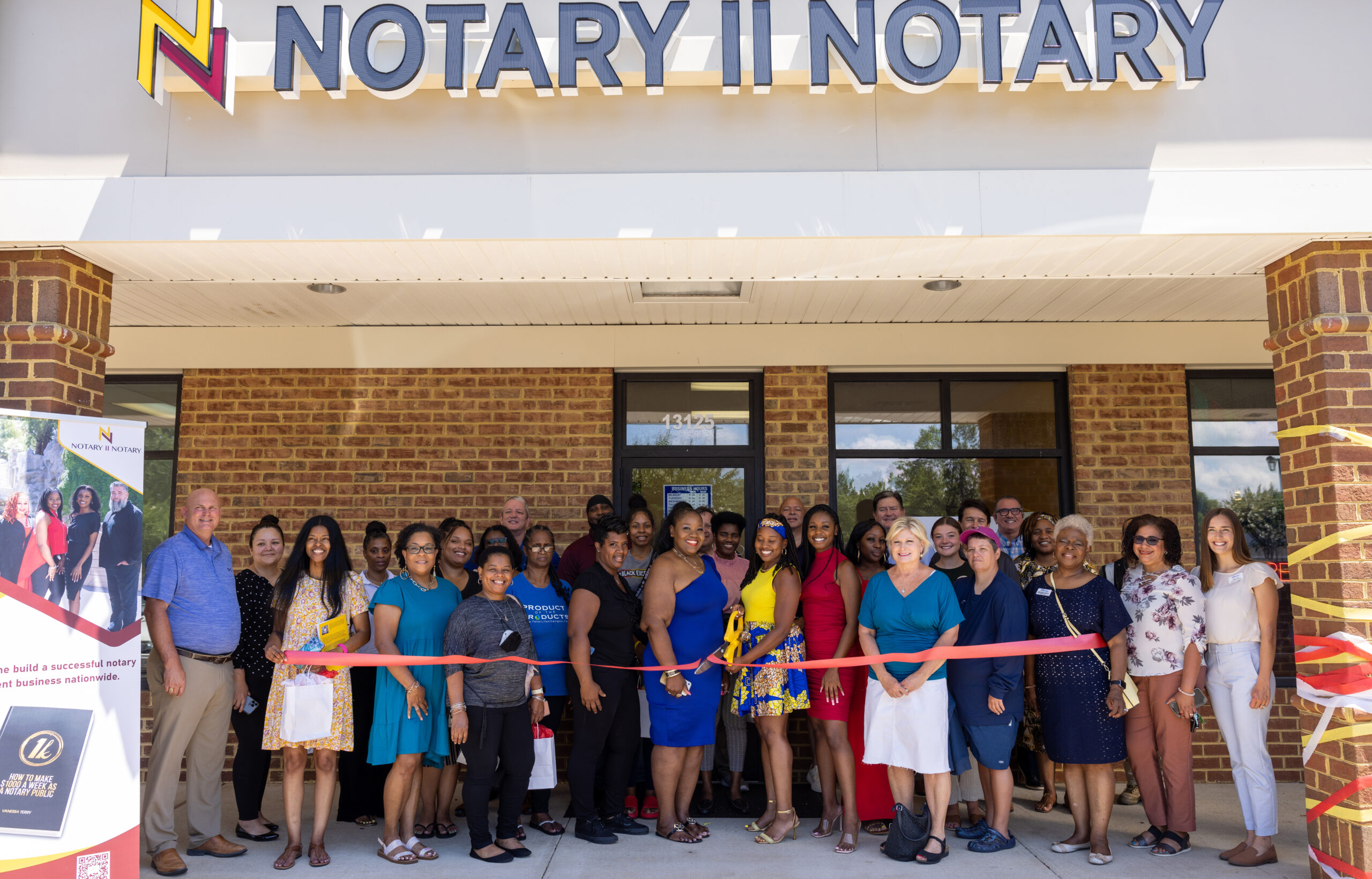 The new headquarters of Notary2Notary and On Time Notary had a grand opening ceremony on July 12. (Photos courtesy of Vanessa Terry)

Two sister notary-related startups have signed on for an upgraded headquarters.

Is energy the biggest business expense?

Why you need a shredder in your office

Vanessa Terry is moving her two companies, Notary2Notary and On Time Notary, to a new office at 13125 Rivers Bend Blvd. in Chester.

Notary2Notary is a training site for new and experienced notaries, offering paid courses covering a variety of industry topics. On Time Notary is a referral service that provides signing agents to clients, specializing in real estate closings and loans.

“We’ve seen a warm reception, not only from the community, but also from our students,” Terry said of the move. “Everybody we coached across the country is like, ‘Oh my god, we want one in our town!’

Terry’s has been operating out of 205 E. Broadway Ave., a smaller location in Hopewell.

Although Notary2Notary is primarily a virtual service, Terry often hosts in-person trainings. That was a reason to move.

“Finding event space was a little difficult,” she said, noting that affordable rental spaces are often hard to come by. “And then, many of our students work from home. They don’t have a real office address.”

The 2,000 square meter leased property provides students with an address they can use for their notarial businesses. Paying members in the area can come to work in the office and attend on-site training courses. Noters pay $49 for membership, while others pay $89.

This growth earned Terry a spot on the Forbes Next 1000 list of entrepreneurs, a distinction given to growing businesses that are making a difference in their industry.

Terry became a notary in 2014, having worked in a number of previous roles, including with Qdoba and MCV. She discovered the work of a notary when she was looking for a career more in harmony with her transition to parenthood.

Notary2Notary was officially established in 2020. By then, she had casually helped some friends and family get into the industry and realized that the habit could be transformed into a business model.

Terry describes the profession as one of the best kept secrets. According to Terry, this is a profession that can be achieved by almost anyone. 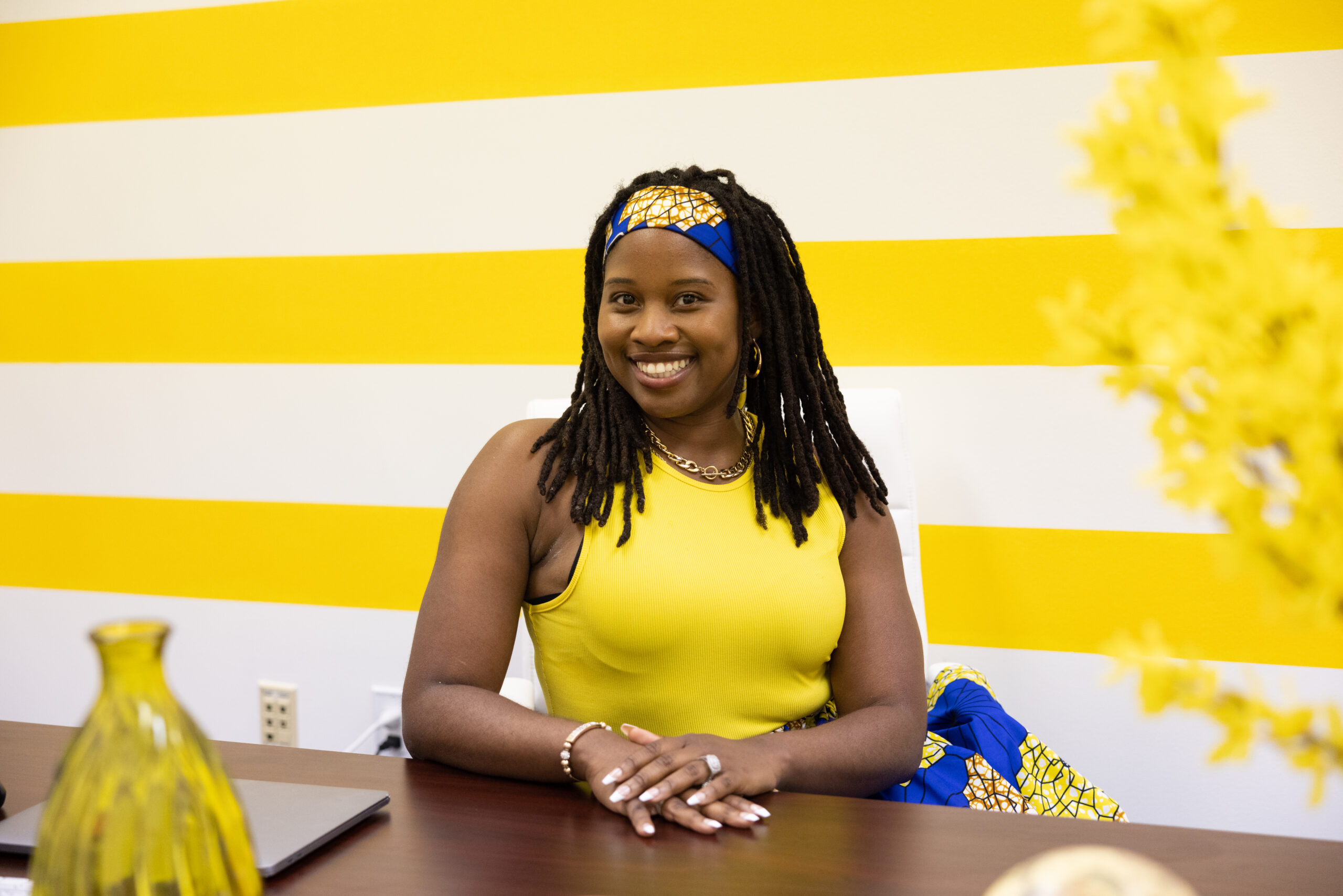 Vanessa Terry is the owner of Notary2Notary and On Time Notary.

“It’s just one of those well-hidden industries that nobody knows about,” she said. “That would definitely have been a job I did when I was in college.”

To register as a notary public, you must obtain a state-run notary commission, a process through which the Notary2Notary platform guides students.

A commission in Virginia costs $45 and is a two-week process, she said.

The company has 15,000 students enrolled across the country, but Terry says Notary2Notary has gained an even larger social media audience, thanks to podcasting, book releases, conference attendance and personal training events.

New lessons have also been added to help current notaries stay current and improve their trade. According to the website, course topics include tax management, business grants and e-notaries, with prices starting at $129.

The pandemic, Terry said, may have helped shift the industry’s typical age group, which averages around 30 to 65 years old. While some took time off work during that time, notaries stayed especially busy, given the period’s increase in wills and home refinancing.

According to her, the main issue faced by notaries is the increase in the price of gas. The profession, being mobile in nature, often requires notaries to travel to meet clients. Some notaries have increased their fees.

She is now working on an e-notary platform called iNotarize and plans to launch it in the fall. Terry has started looking for investors to back the project and estimates it will cost between $200,000 and $300,000 to develop.

Terry’s joint operation consists of six others, two of whom work overseas.

The growth of electronic notaries will require legislative changes in some jurisdictions, a process that Terry is engaging in in Virginia by working with the Secretary of the Commonwealth to provide industry perspective.

“We’re actually doing it every day, so we know what it takes to do it,” Terry said. “Across the country, state legislatures are trying to get to a place to figure out how to do (e-notaries), because before there wasn’t much.”

Inspired by her younger students, Terry is also planning to take notary2Notary into schools and teach it as a craft sometime next year.

“In the last couple of months, we’ve had a lot of recent high school graduates who say, ‘I don’t want to go to college, can I do this?’ Terry said. “And they’re making money, ready to break that six-figure mark starting.”

How to dial an extension number?

How to dial an extension number?