Climate change: How harmful is tourism for the environment? | DW Travel | DW


When it’s high season on the Spanish tourist island of Mallorca, it’s not unusuall to have up to ten aircraft on the horizon at the same time. Exactly 2014 arrivals and departures were scheduled at Palma’s airport last weekend — an average of one takeoff or landing every 90 seconds. During the summer months, this is the normal volume of air traffic for Mallorca.

“There are few places in the world that contribute as much to global warming as Mallorca,” criticizes Jaume Adrover, spokesman for the Mallorcan environmental group Terraferida. “And this is due to only one activity: tourism.” Over the past 20 years, he says, the island’s airport has registered 1.4 million aircraft movements with 194.5 million passengers — the majority of them: vacationers from countries such as Germany and Great Britain.

The consequences of the island’s tourism strategy for the climate are enormous, Adrover says. In the course of the past two decades, 100 trillion tons of CO2 alone have been emitted by air traffic on Mallorca. 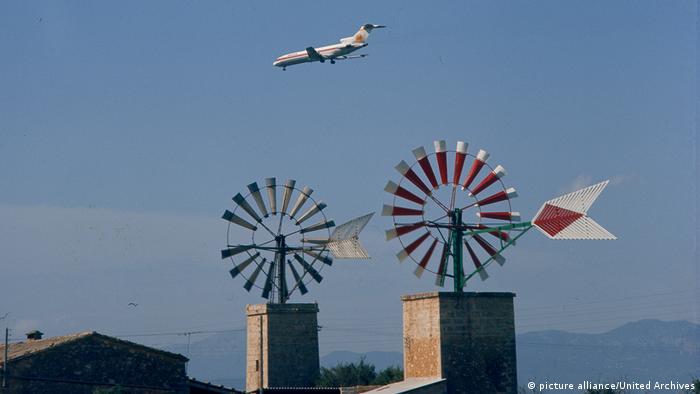 An airplane every 90 seconds: the normal volume of traffic in the skies over Mallorca

The Balearic island is just one particularly extreme example. According to experts, tourism causes about 8% of global greenhouse gas emissions. “At first glance, that may not sound like much,” says Wolfgang Strasdas, head of research at the Center for Sustainable Tourism at Eberswalde University of Applied Sciences. But, he adds, there aren’t many other industries that account for a larger share. Nevertheless, every single one of them must make a contribution to saving, he explains. “Tourism is an important industry when we talk about reducing greenhouse gas emissions.”

Have you seen this? Get travel tips in Spanish … with a Southern American accent

Unforgettable things to do in 36 hours

First and foremost, it’s about mobility.

That’s because most of the emissions are caused by travel to and from the destination. “Of course, what I eat on vacationalso plays a role.” For example, tourists eat a much more “emissions-intensive” diet, such as eating more meat than usual and because of the food buffets at hotels and restaurants.

According to the German Hotel and Restaurant Association, between just under 17 to nearly 50 kilograms of CO2 are being produced per guest and overnight stay, depending on the star category of the hotel. Water consumption per person in five-star hotels, on the other hand, is a staggering 522 liters a day. The cruise industry also has a lot of catching up to do.  “Although individual pilot projects give cause for hope, the industry as a whole is not yet on course to meet the targets of the Paris Climate Agreement in time,” says environmentalist group NABU, for example. 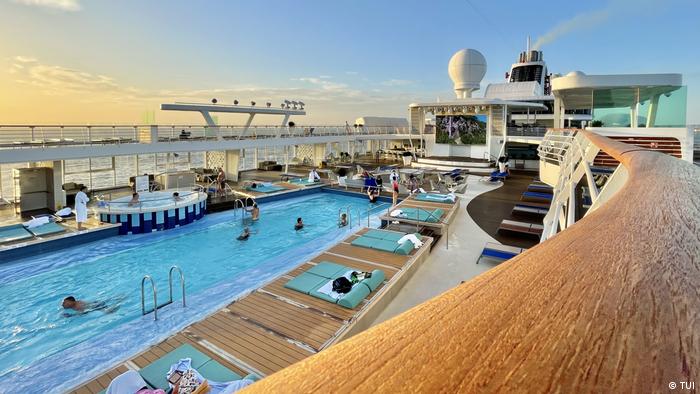 The tourism industry has realized that the days of carefree travel are over. “We can’t go on like this,” said Norbert Fiebig, President of the German Travel Association (DRV). Air travel and the emissions caused by it are the industry’s “Achilles’ heel”. The goal must be CO2-neutral mobility. The World Tourism Organization also places the onus on the industry itself. CO2 emissions from tourism rose by 60% between 2005 and 2016, according to the so-called Glasgow Declaration, which was presented at the UN Climate Change Conference 2021 and which 600 representatives of the tourism industry have now signed. They all pledged to become climate-neutral by 2050 at the latest. 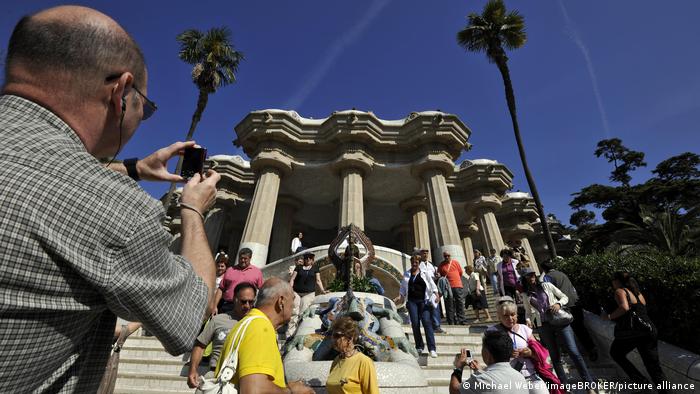 Cities like Barcelona, but also Venice and Amsterdam are groaning under the flood of tourists

But that will not be easy. After all, the aviation industry, of all sectors, is unlikely to see any fundamental change, at least in the short term.  “Progress in this area has been so slow that serious doubts are warranted about the aviation industry’s ability to achieve its zero-emissions target by mid-century,” criticizes the think tank Transport & Environment. Waiting for alternative fuels to be developed could prove counterproductive, it says, as large-scale production is still a long way off. In addition, the volume of air travel continues to increase year after year, which negates any savings. “As of now, flying less is the most effective way to reduce emissions.” 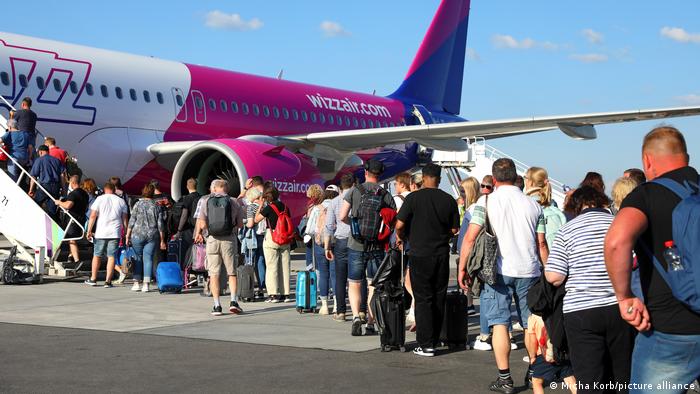 Flying no longer possible for everyone

Another problem can be seen even at a cursory glance at internet search engines: Anyone looking to book a last-minute vacation on Mallorca in August, for example, can find flights from Germany for as little as 140 euros — there and back, mind you. For tourism researcher Wolfgang Strasdas, the matter is clear: “That’s far too cheap.” Air fares need to reflect true costs, tax advantages still enjoyed by the airline industry need to be eliminated, and an international CO2 emissions trading system needs to be introduced, he argues.

The fact that many people might then no longer be able to afford a vacation to Mallorca is not something he considers problematic. “It’s not a human right,” he says. “It’s not about taking away someone’s ability to have a vacation.” He says people can also travel to the Mediterranean by train or go on vacation to the Baltic Sea.

Jaume Adrover would also like to see a reduction in the number of vacationers coming to Mallorca. But he doesn’t really believe in it happening. He is for instance concerned about the investment plans currently being made by the airport operator. In Palma alone, the airport operator is investing around 200 million euros in modernization measures, according to official sources. Adrover suspects, however, that the airport’s capacity is to be clandestinely expanded. Then it would be even more crowded in the skies over the island.

This article was originally written in German

A diet rich in carotenoids may boost women’s health

A fashion faux pas? A judge ruled that Gucci’s heir could move forward with claims against his mother