we were tired. My wife and I flew several hours to Mexico, stood in the long line at customs and finally got our bags. All we wanted was to get to the resort and start our long awaited 40th/10th anniversary trip.

But first we had to find our shipping company. And then the trouble started. 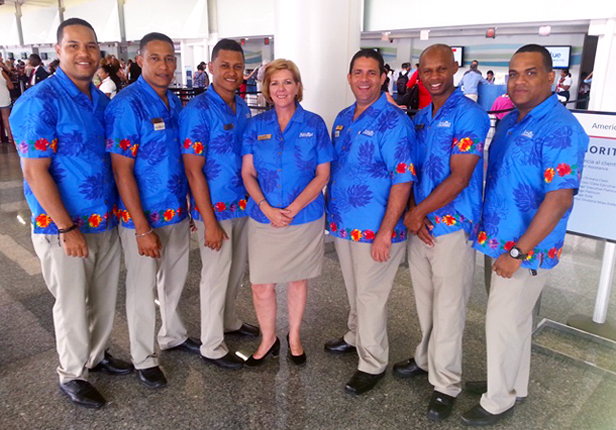 After our bags went through immigration, we exited in a small pile. A line of men in brightly colored, albeit generic, polos stood outside the immigration area. “Amstar?” we asked, mentioning the name of our shipping company. One of the men waved us through and led us to a friendly young woman at the counter who proceeded to “call” (she didn’t) our driver “Miguel” (not our driver) and said he would arrive in 15 minutes. She then spent the next several minutes asking us about our travel plans and trying to sell us excursion packages. My wife and I, brilliant but tired, realized that we had made zero progress towards reaching our destination. We said no thanks and excused ourselves. Failed pick up attempt number one. 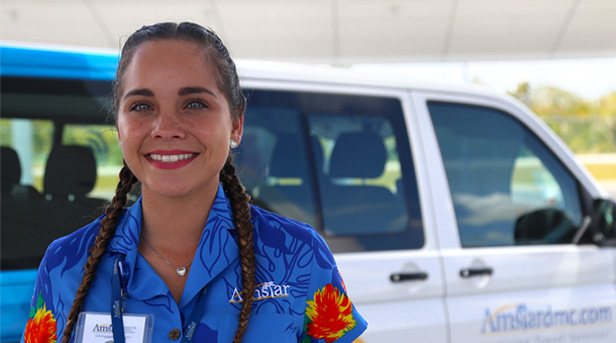 In the next room was another line of brightly colored polo shirts. With zero desire to land on another sales pitch, we tried to make a beeline for the exit, but inadvertently asked “Amstar?” just in case. One of the men heard and waved at us. “These are not the real people,” he said, pointing to the previous room. “These are the real people.” He led us to another counter, this time manned by a friendly man in his thirties. He at least had the decency to tell us the exact number of the station to look out for … before spending another few minutes trying to sell us more excursions. At that point my Spidey promo sense was tingling and the voice in my head said, “Look for the Amstar logo.” I looked him up and down for any sign; unfortunately, the logo on the left chest was half obscured by the jacket. However, it was not fair. This was not even our salvation. Failed retrieval attempt number two.

Finally, we made it outside. We navigated through several groups and crossed the road over the pedestrian crossing. There they were: the people of Amstar, decked out in vivid blue floral shirts with the Amstar logo embroidered on the left chest. All our anxiety melted away – we had found the right people. Our vacation was starting.

How about an RT about our new uniforms? Look for them at all #Amsterdammc destinations from December 1! pic.twitter.com/2E0xVC3bIx

Many people want to minimize the work you do in promotion. “It’s just rubbish.” “Why waste your money?” Etc. But consider the simple power of a branded shirt and how it brought my wife and I – and millions of other travelers – security in a stressful situation in a foreign country.

In fact, that visual comfort showed up time and time again during our trip to Mexico. Uniformed hotel staff, tour guides in logo hats and shirts, vans emblazoned with the tour company’s name – branding was our constant guiding star. Without it, we would have been lost and literally lost.

This is just one example of how our industry makes a difference in many meaningful ways – ways that most people will never fully understand. It is no hyperbole to say that you offer knowledge, excitement, comfort and hope. And when the final destination is a beach chair by the pool with a drink in hand, it’s also fair to say you offer happiness.

CJ Mittica is the editor-in-chief of ASI Media. Since joining ASI in 2008, its magazines have been recipients of six ASBPE Top 10 Magazine of the Year awards.

Over brings fashion to the metaverse as users can now create, buy and sell clothes as NFTs.